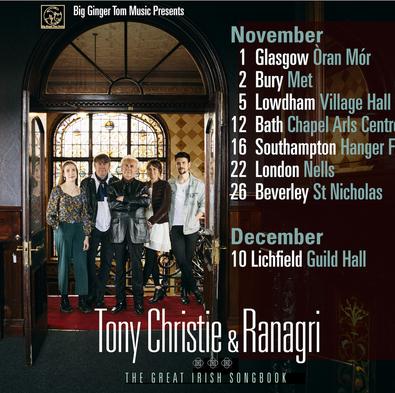 We recorded The Great Irish Songbook at Stockfisch Records with some amazing people and whilst it's great to have finally made the album that we'd spoken about 20yrs ago, it seems the only conclusion we can draw is that the journey hasn't ended, it's merely begun.. 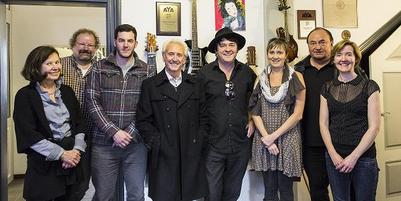 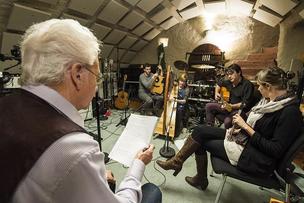 It was the 1990's, Dónal was at a concert  where Tony Christie was singing and was blown away by his voice.  A chat after the gig and it was all back to Tony's house.... 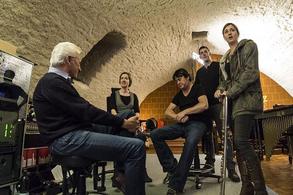 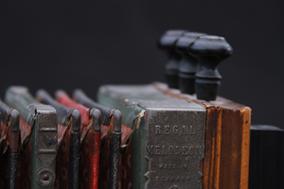 Tony, whose real name is Anthony Fitzgerald produces a beautiful old melodeon from the shelf. He explained how the melodeon was brought over from Co Mayo, in the West of Ireland,by his Grandfather toSouth Yorkshire when he came over looking for work.

As we sang the old songs we wondered if there'd ever be a way we could shine some new light on them. In the morning we laughed and said "maybe, someday".. Throughout the following years we would often return to the subject but the time never seemed right until a chance meeting in a studio in Germany with record producer Gunter Pauler who shared our love of traditional Irish songs and also had a fantastic

state of the art recording studio..

And then to be true to the song, to keep it's integrity, to hopefully pass the message on to new generations who 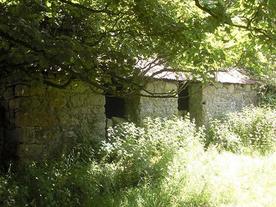 The ability to tell a story is a great asset to any singer and in folk music it's essential both in song and around it. Tony has that skill by the bucket load.

‘So who plays the melodeon? ’

We sat around the kitchen table until the early hours of the morning, having a few drinks and singing old folk songs from a shared heritage; the songs we remembered our parents singing; songs of great joy and deep sorrow, many of which we would go on torecord on this album."